In September 2016, the Plymouth Lions Club shared a vision for our Club’s most ambitious community service project to date, nicknamed “Dare to Dream.” As part of the City’s Mullet Corridor project, the Plymouth Lions have helped to build a playground in Stayer Park that is inclusive for children of ALL ages and abilities to play, learn, and grow together. The project was completed in Fall 2017, and the official dedication took place on May 19th, 2018, at the playground and band shelter.

Before the Plymouth Lions Club celebrated its 50th anniversary in 2014, club members were challenged to dream of a community service project worthy of such a milestone. The project became known among club members as the “Dare to Dream” project.

The club’s vision was to enhance one of the city’s public parks and play areas, making it more accessible for children of all abilities. Stayer Park became the front-runner, and as we began planning, it quickly became evident that this project would require a lot more than selling grilled cheese sandwiches at the Fair to fund it.

When the City of Plymouth began considering improvements as part of the Mullet Corridor Study project in 2015, several members of the Plymouth Lions Club were invited to participate in the study and planning phases. “Dare to Dream” aligned very well with the city’s vision for Stayer Park.

We worked with the Plymouth Parks Commission for over a year before plans were finalized. The timing also aligned with another major Lions Club milestone – the Lions Club International 100 Year Anniversary in 2017. “Dare to Dream” became our “Lions Centennial Project,” with ground breaking in Spring 2017, and project completion in the Fall 2017. 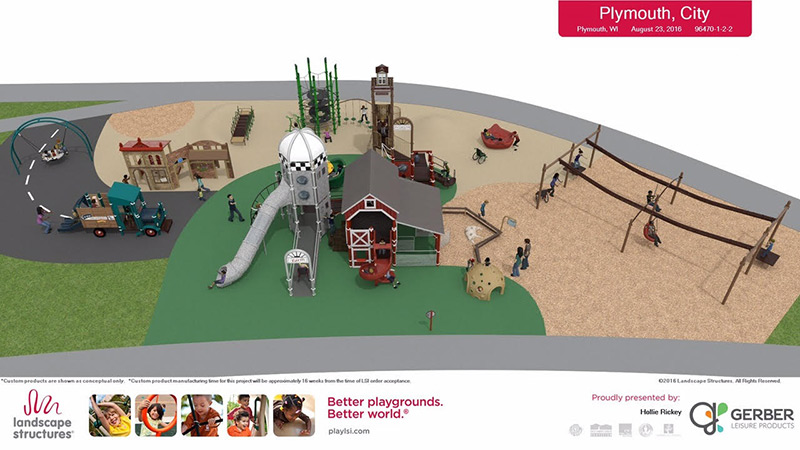 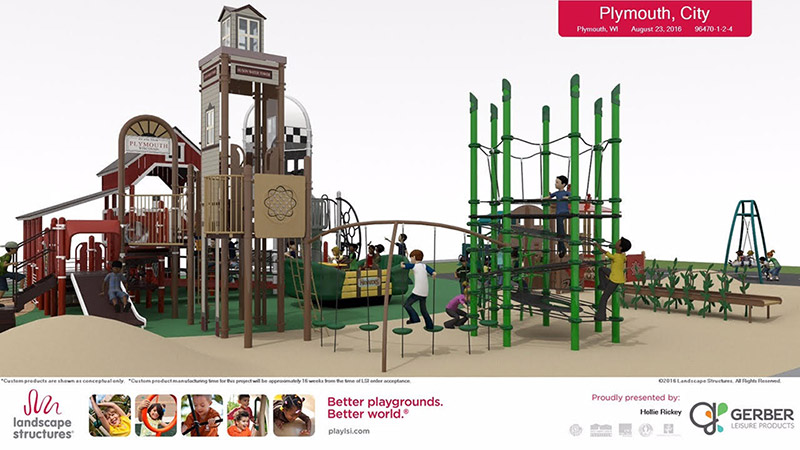 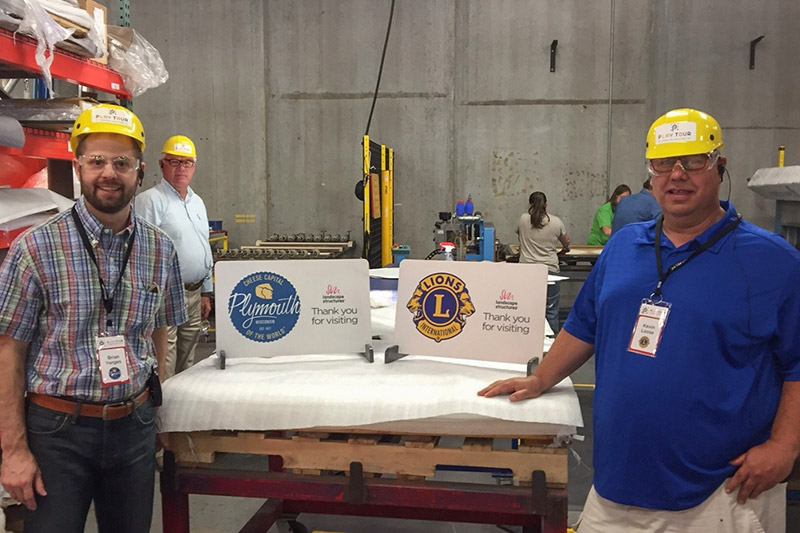